I don't think I'll write up each character's journey, but as long as I have notes about them I like, here they are.

Kat is my "main" Death Knight. As a  Worgen, she has a couple of skills I have other names for I always have wanted to share, but just didn't have the right spot.  At Atheren's Azeroth, all things are considered. 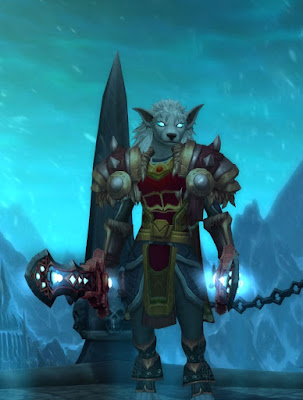 Darkflight, which gives the character a little speed boost is called "Scooty Foot".  I really miss that ability on my non-Worgen Death Knights.

Kat was feeling "squishy" early on in Bastion.  The term squishy has been in my mind with various characters as I've played through.  Usually you hear the term in dungeons.  The Healer is telling the Tank they're squishy (cruddy armor, hard to heal) just before they leave the dungeon.

She made it through the Theater of Pain intro faster than any other character so far, and is having no troubles in fights, so her squishy days are over.  She's Frost, not Blood.  In the old days, I used to run my DK's as Blood through the world but switched to Frost in dungeons because I didn't want to tank.

Now I just work with Frost, no matter how they tweak it up and down.

This is the third character I've run from the Theater of Pain to Plague Watch.  Already I'm twitching at the doing the sequences in the House of the Chosen. 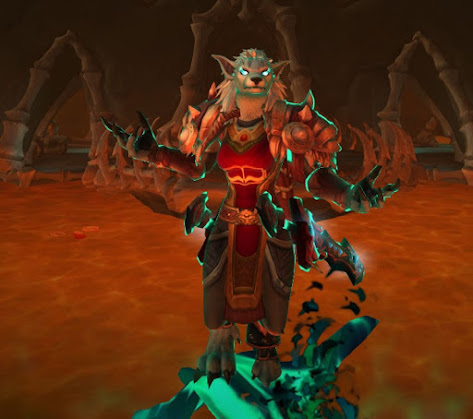 I cannot stand the layout of the place.  It's possible I missed them, but there aren't what I call "amenities" here. No mailbox, flight point (it's nearby but not in the House), vendors, places to craft.  There's a Blacksmith supplier for repairs and selling junk.  As the first place you land, it could have more. 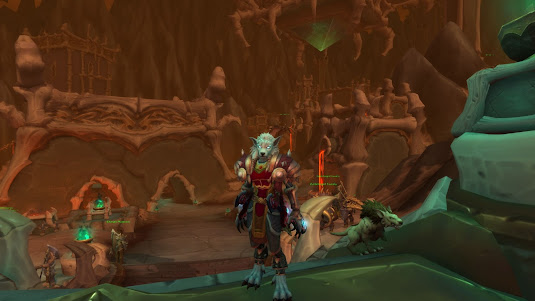 Once you're out of the House, it's all good.  The character can gather resources, kill beasties, look for fish!  Kat gathers minerals and herbs.  I've no Marrowroot Alchemy Recipes, but that spawns in Maldraxxus like mad.  Next most frequent is Nightshade. There's very little Death Bloom so far, which is used in everything.  I have to consider not sending a character here who is an herbalist if they can't find what's needed. 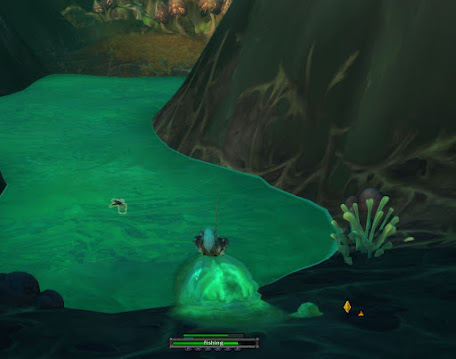 Some Lost Sole Fish, a couple Elysian Thade, and the ever desirable Pocked Bonefish! At last.  Cooking advanced with her nice catch.

All Is Forgiven, Superman

HATED him as Superman, grr grr! LOVED him as The Witcher. Total Redemption, though he's loved for the possible role of Arthas (Boo, Art... 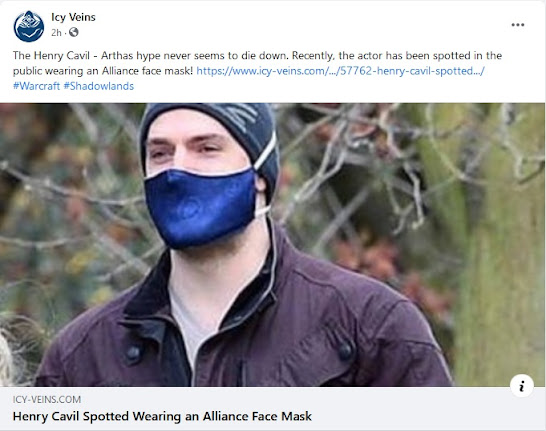 Adventures in Other Azerothian Realms and Beyond